I had two friends for dinner today, and they were mighty tasty… just kidding, let me rephrase that. I had invited two friends over for dinner this evening. Knowing that P. is a seafood and veggie kind of girl, and R., her husband and I could both use food with a few less calories, I decided to make a 2 course dinner with lots of vegetables. R. loves fish and seafood in general and so does P.

I have a great fishmonger across the street, but I know he never has medium size shrimp, only the very large ones. So I got a carton of frozen shrimp, uncooked and free range – about 20 in a pound.

This morning I visited the fish shop and got 4 scallops and a small squid (calamaretto). Later in the day I prebaked a quiche dough that I had put into a round baking form. After it had cooled it was filled first with garlic, some yellow and red bell pepper strips, a hot pepper, about 2 ounces of finely sliced leeks, some thin slices of fennel bulb and a few zucchini cubes.

Then I added the scallops, the shrimp and the cleaned calamaretto.

I poured a Royale (a mix of 2 whole eggs, 4 fl. oz. of cream, salt, white pepper, 2.5 oz. of Gruyere cheese and a bunch of finely chopped chervil) over this and then put it in the oven to bake it.

It took a while, because I had neglected to parblanch the vegetables, and as they cooked they started to sweat their water. I watched this for a while and finally poured some of the water off, which made the rest firm up.

For the second and main course, I chopped up broccoli, shitake mushrooms,some more bell peppers, scallions, red onions and sprouts. Then I marinated 2 chicken breasts that I had cut up into strips in 2 tbs. of light soy sauce, 2 tbs of oyster sauce, a few squirts of fish sauce, some mirin and freshly grated ginger and garlic. The meat stayed in the marinade about an hour, then I got out my wok, used a mix of rapeseed and sesame seed oil and started the stir-fry with the meat. Then I threw in the vegetables to finish everything off with a tbs of ponzu sauce, a lemony twist on soy sauce.

I finished this dish with some cilantro sprinkled over it and served it with rice. My guests really liked it, as did I. The chicken was free range from France, the quality is called Cordon Rouge and is considered the highest standard worldwide. The meat is firmer and has more taste then regular chickens. You can buy two breasts for roughly €5, which is about 6US$. Two regular chicken breasts might cost you between €3.50 and €4, so there is not much of a difference.

Both dishes were well received. I purposely didn’t offer a dessert, since neither really has a sweet tooth, but I did follow the two courses with a cheese platter I had selected the day before when I went to visit my cheese „affineur“ at the market.

I don’t have a picture, but there was a Coloummier (Camembert family), a Brie de Melun, a Chaource that was wonderful, an 18 month old Comte, a Bleu d’Auvergne, and a goat cheese that the sales lady smuggled into my bag as a present.

I didn’t have a red wine to show off the cheeses, but there was a bottle of Durbacher Riesling to go around. This wine is one of the better ones from the area around the Kaiserstuhl, the most prestigeous wine growing area in Baden, the one half of the state of Baden-Württemberg, which is where I live.

We had a good time and will meet again some other time, maybe with less restrictions, less anxiety and more people 🙂 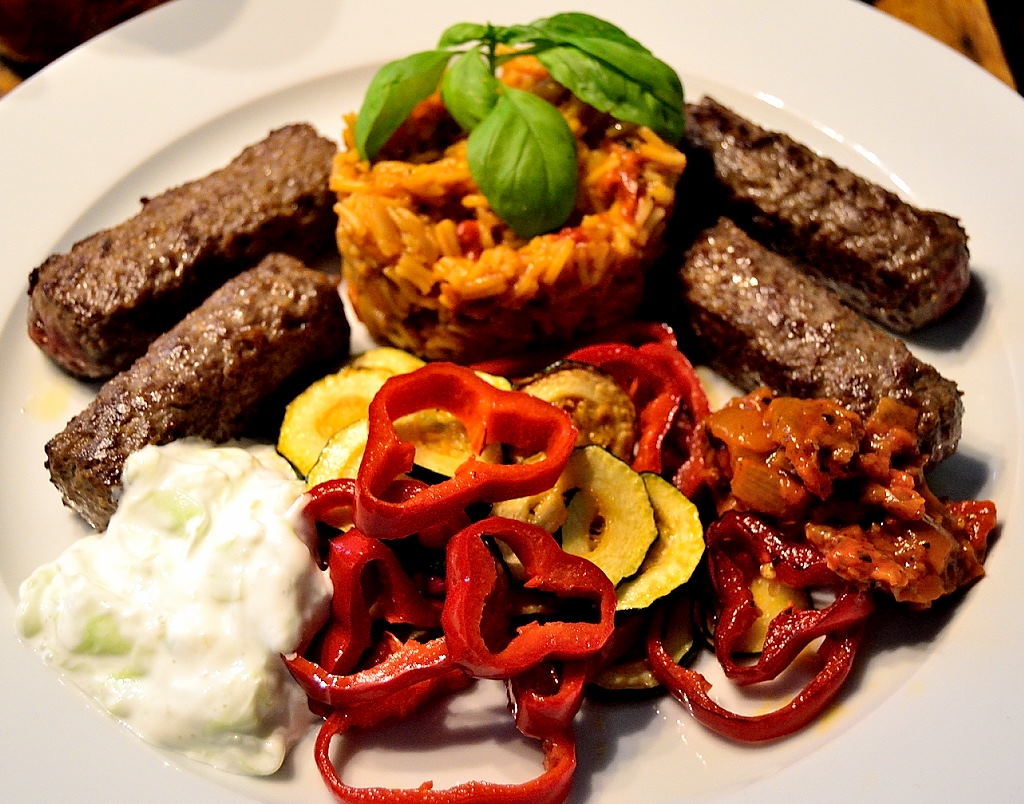 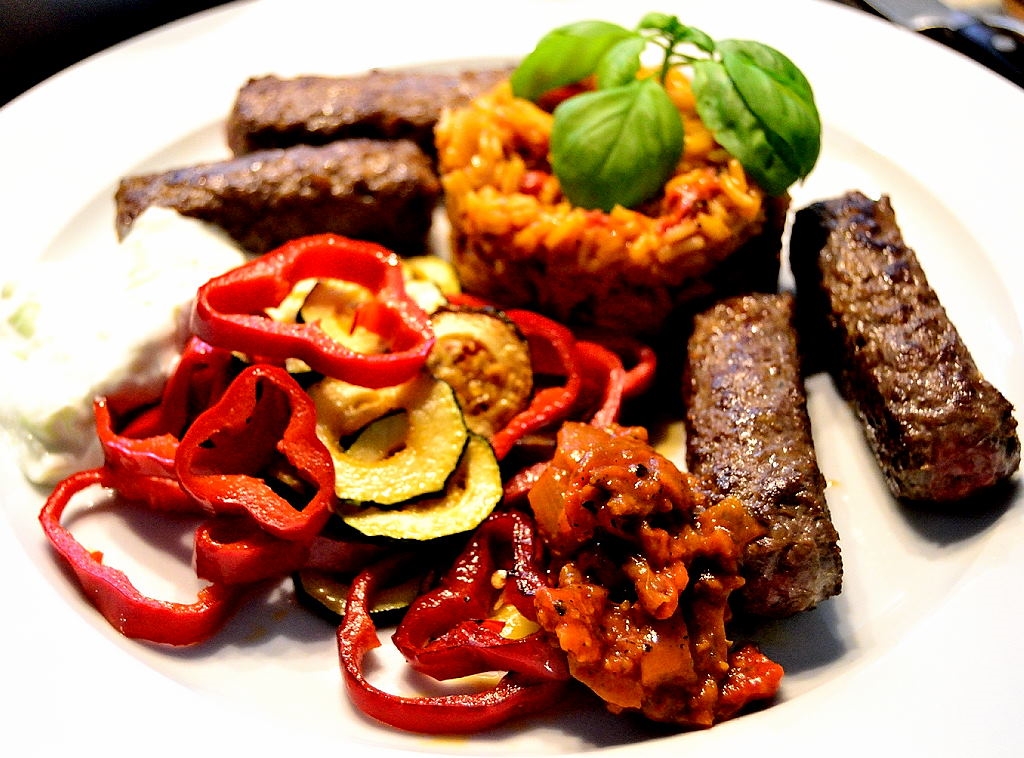 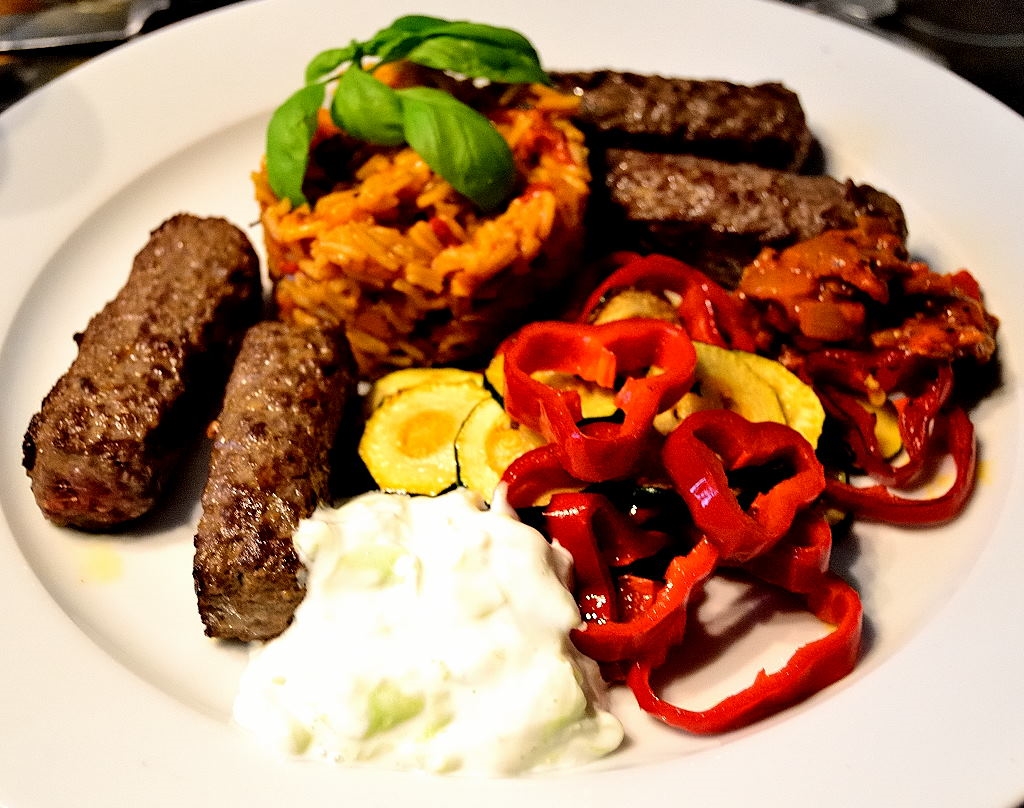 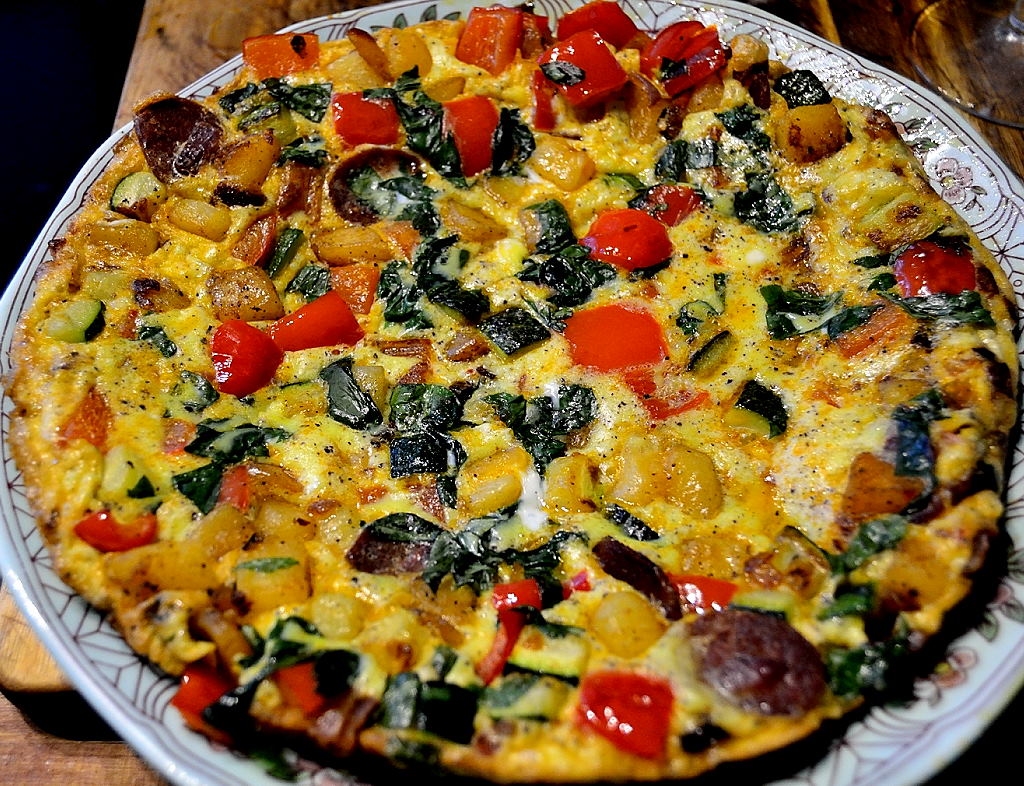 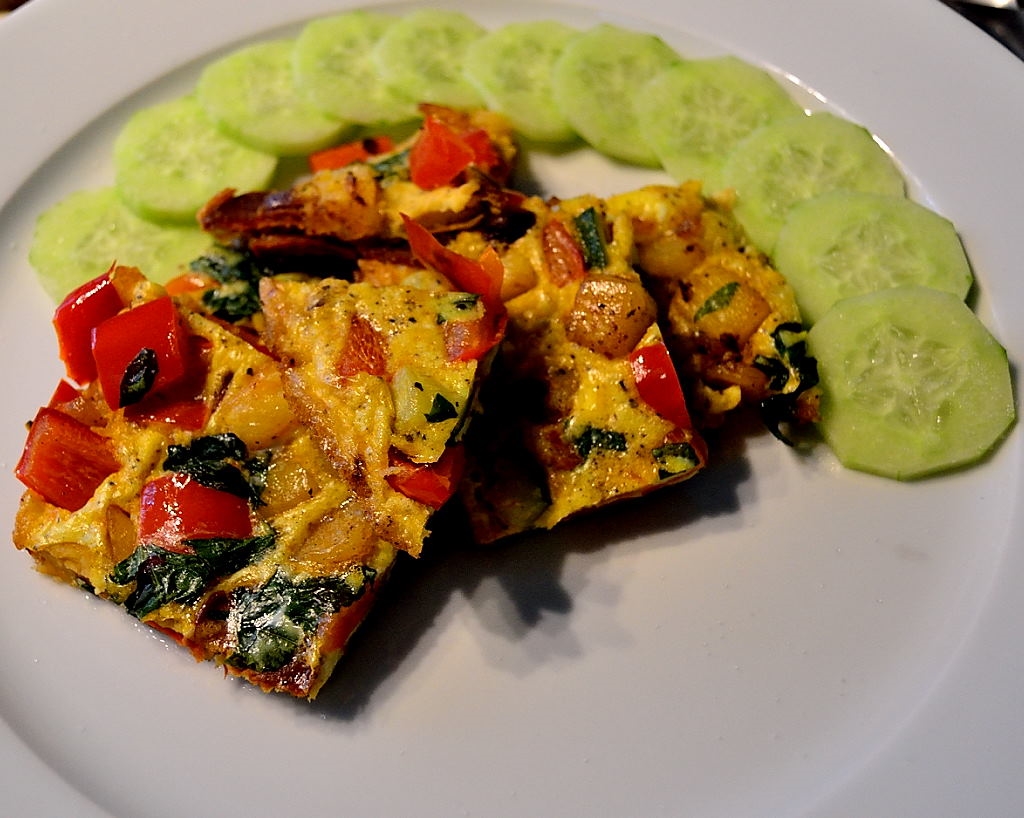 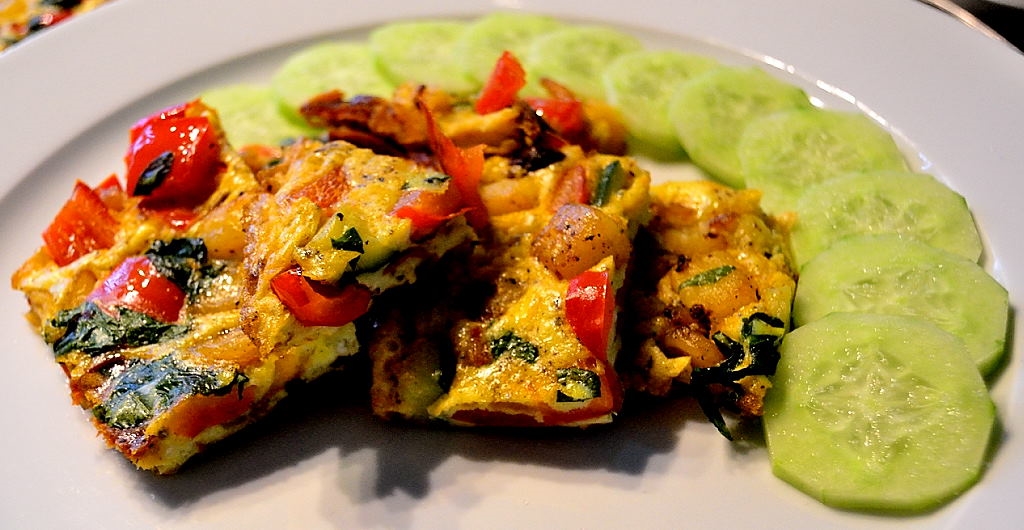 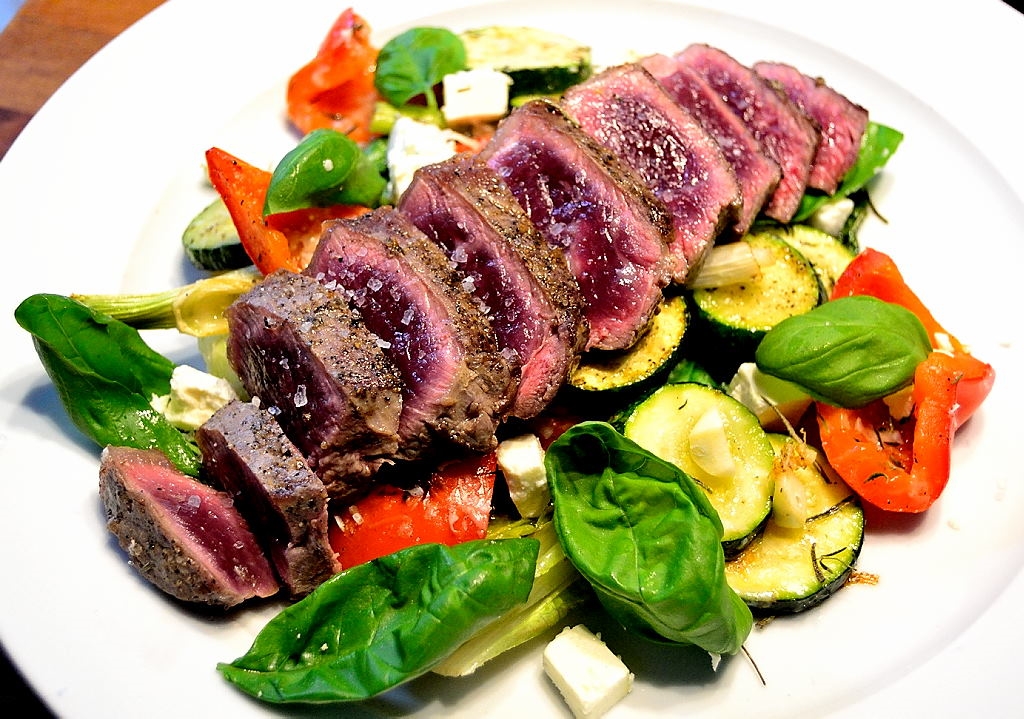 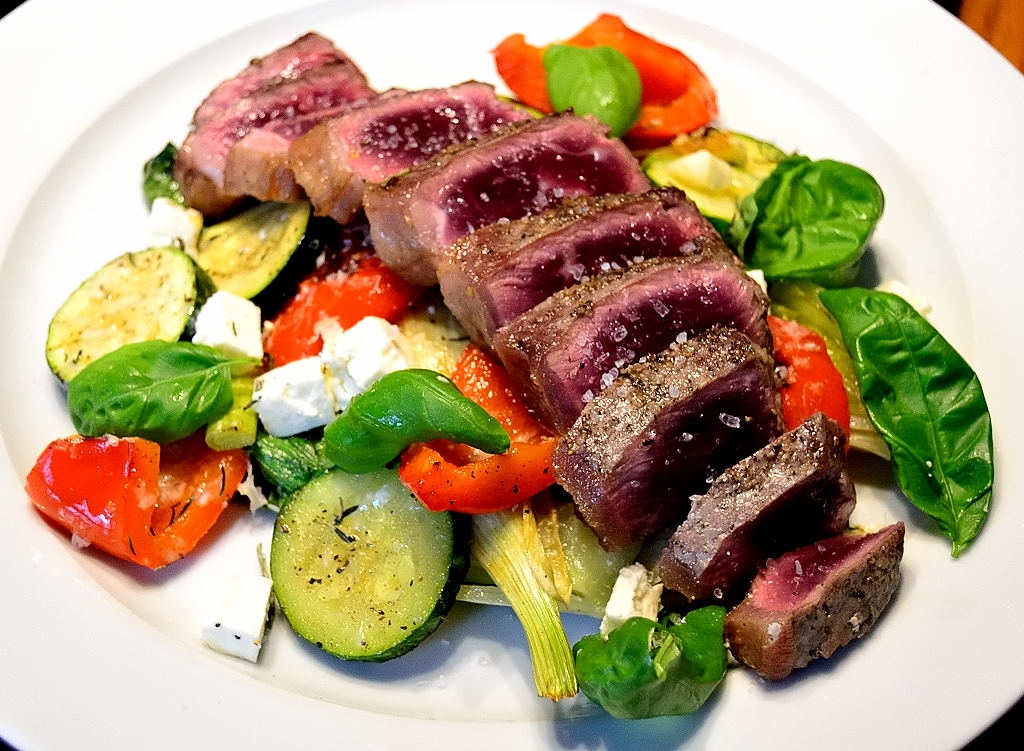 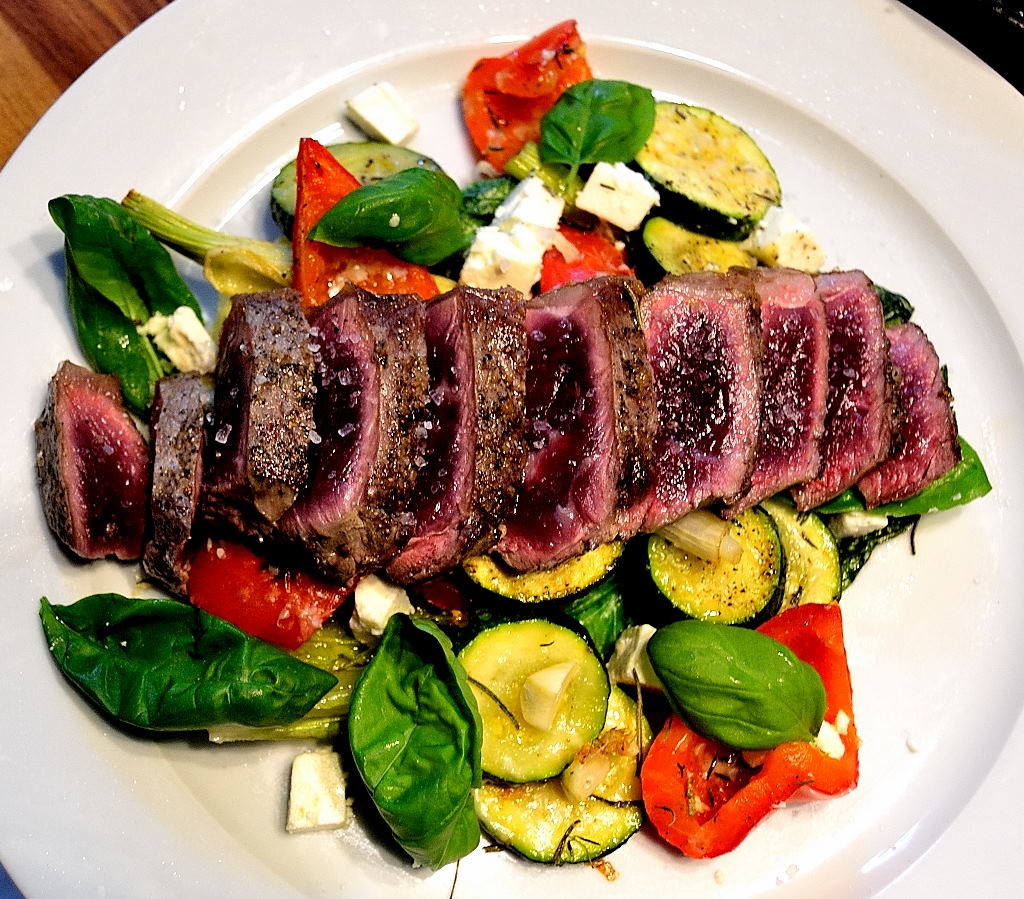 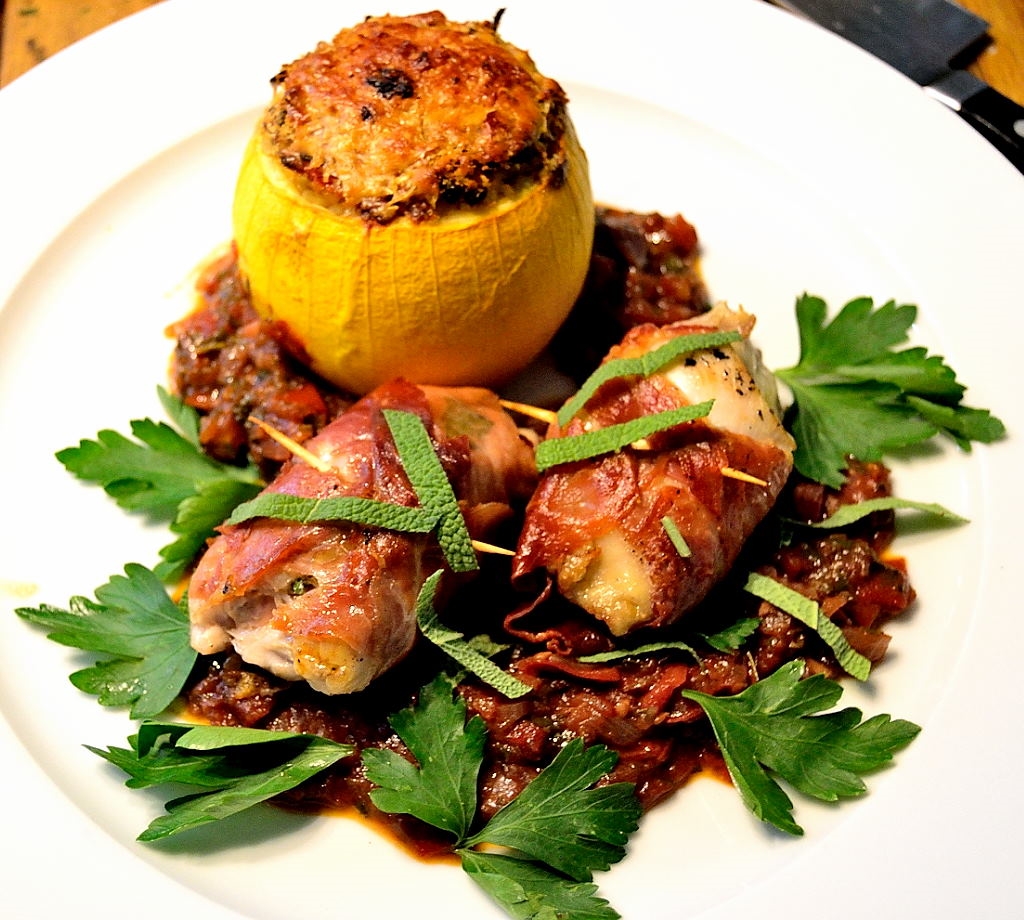 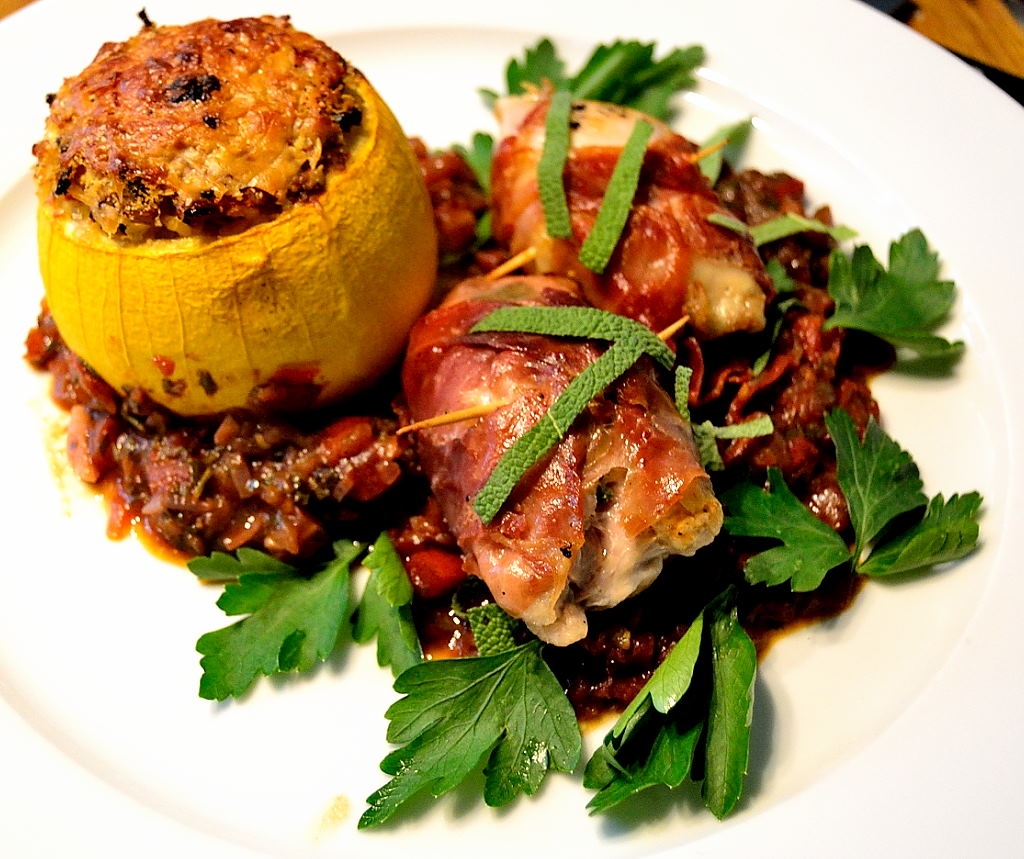 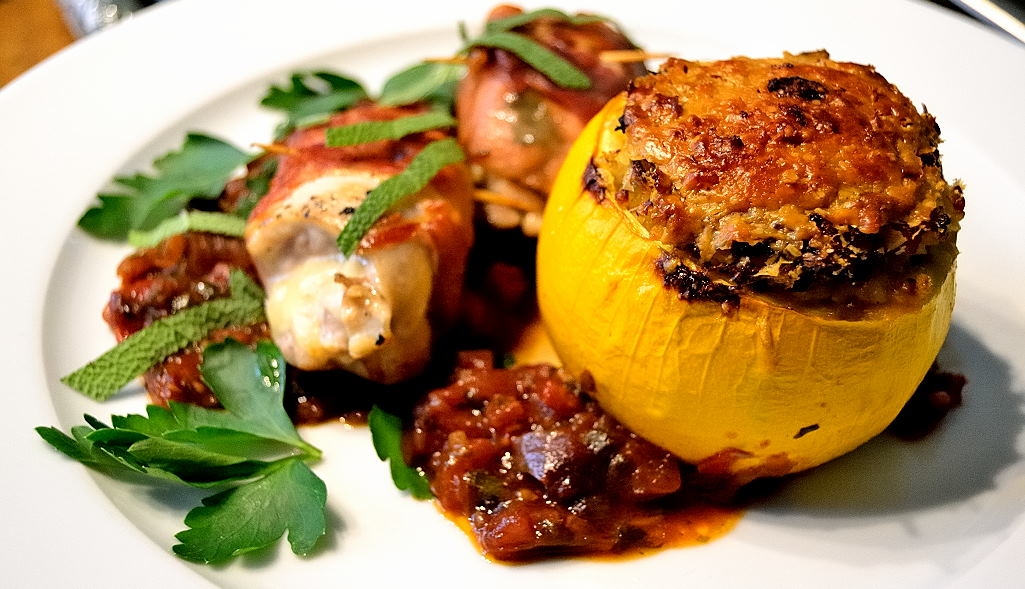 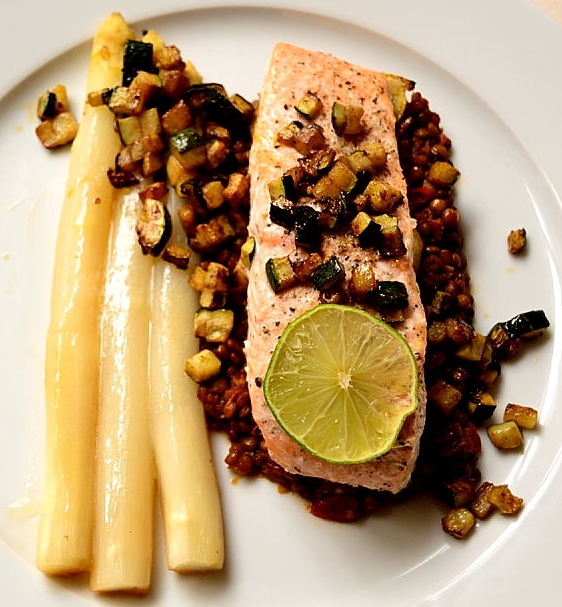 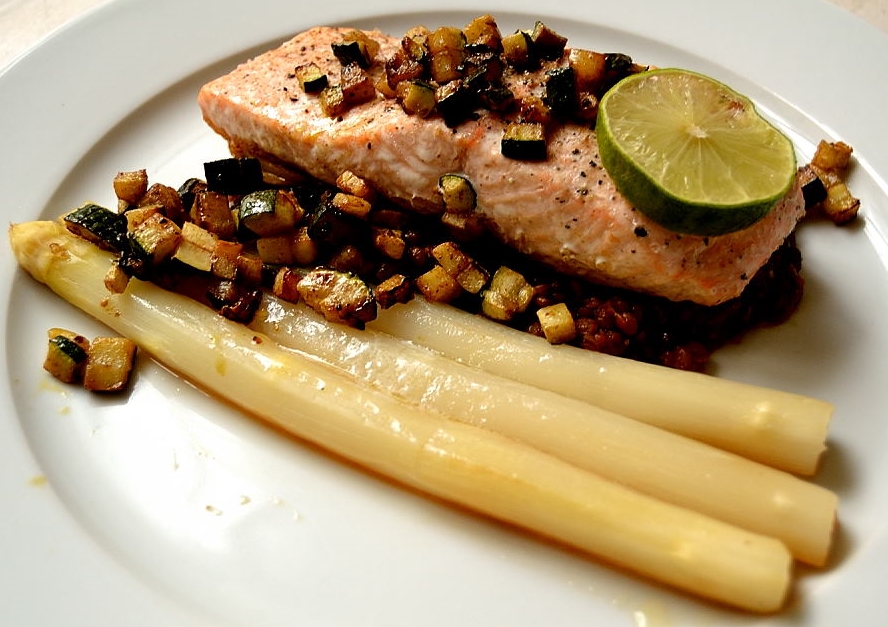 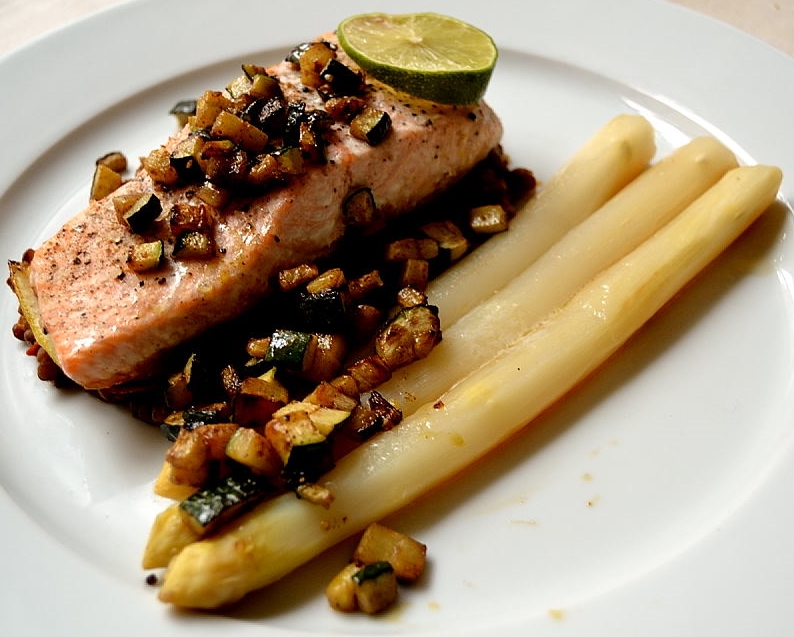 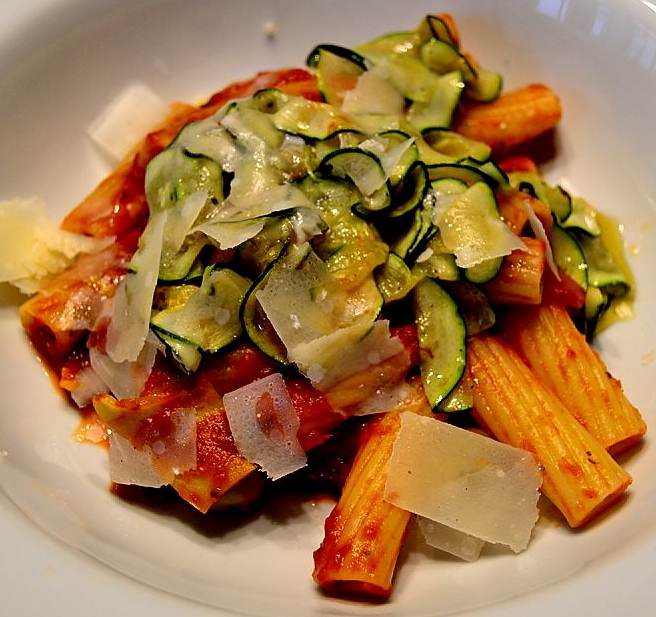 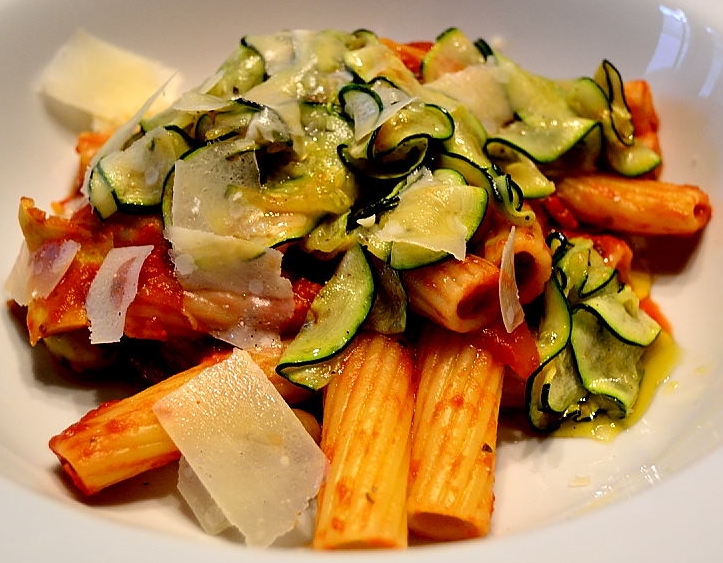 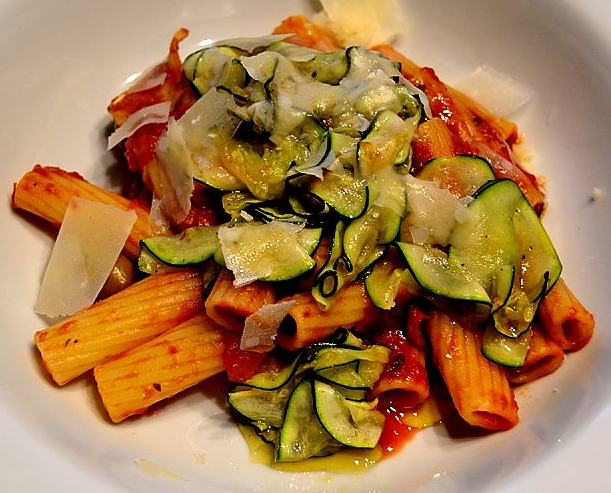